Dreamers Academy is celebrating the birth of the first academy, and that was on Saturday, 9/11/2019, in the Egyptian Red Crescent Club celebration hall in Nasr, which is the first branch of the academy. The ceremony honored the attendance of all players and their parents, the academy’s team, and a large number of people interested in training football. Honoring all coaches, players, and those who are special parents.
The ceremony was full of surprises, paragraphs and various games that players and parents participated in, as well as coaches and players, were keen to take memorial photos during the ceremony.
Also, Captain / Abdul Rahman Mansour, the Academy’s Technical Director, talked about the American system followed and what has been accomplished in the previous stage of achievements and successes in all aspects of the Academy, which are “psychological – food – health – behavioral – study .. then artistic” as he delivered reports For players to parents, and completed his talk about the goals of the academy in the coming period.
The academy also announced a memorandum of understanding between it and the Kora Stats company in order to analyze the performance of players on the individual and team form during training and matches, which helps coaches to know the strengths and weaknesses of each of the academic teams and work to strengthen them, and these analyzes also help On knowing the skills that each player lacks in order to improve them, and also within the memorandum of understanding the marketing of distinguished players for clubs.
At the end of the ceremony, some of the competitions and matches were held between each of the players team, the guardians ’team and the coaches team, and these matches were characterized by  club and great enthusiasm between the three teams, then the celebration ended by cutting the party’s cake, as was participated in this day by Captain / Omar Adel Najm, the former club of Zamalek. 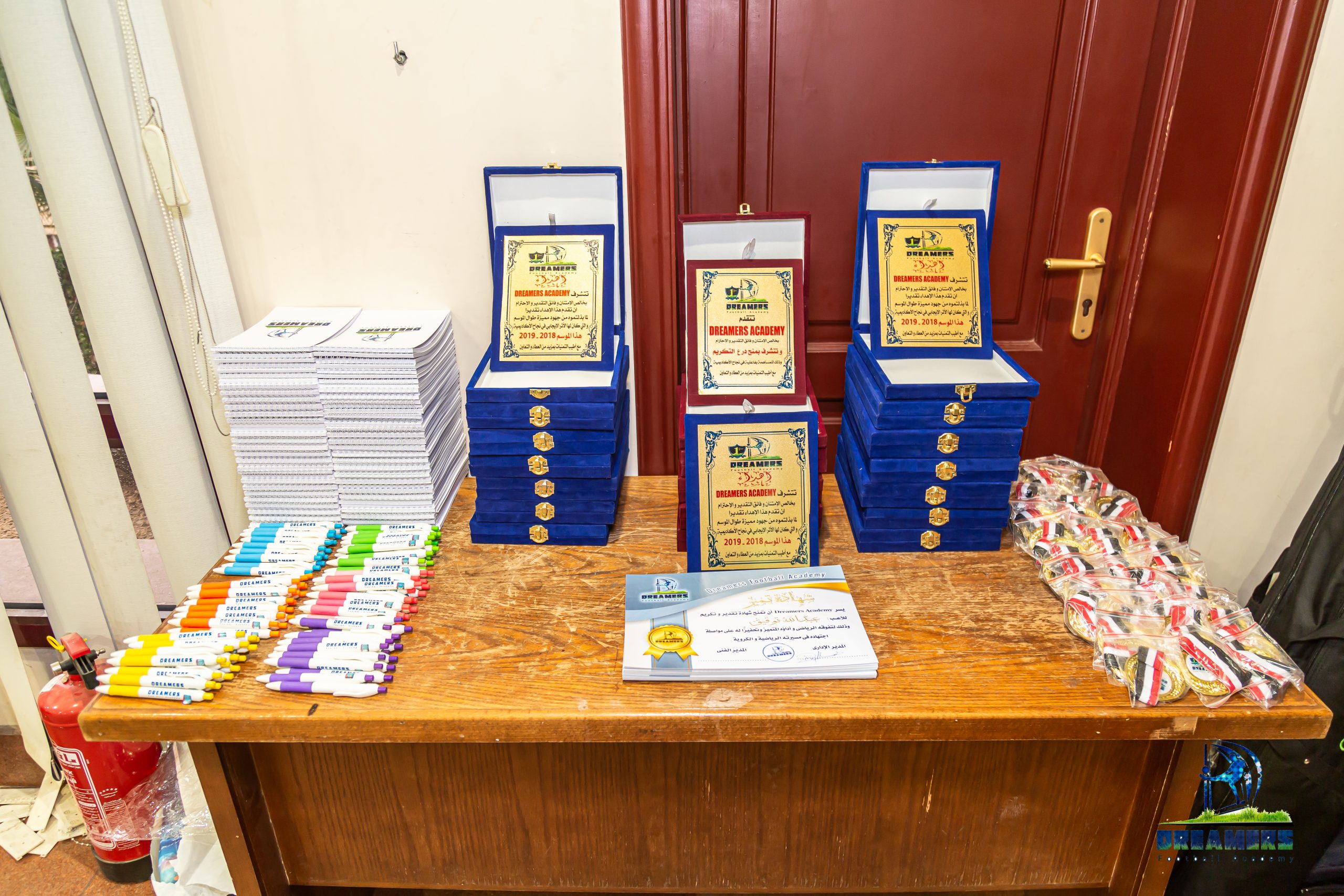 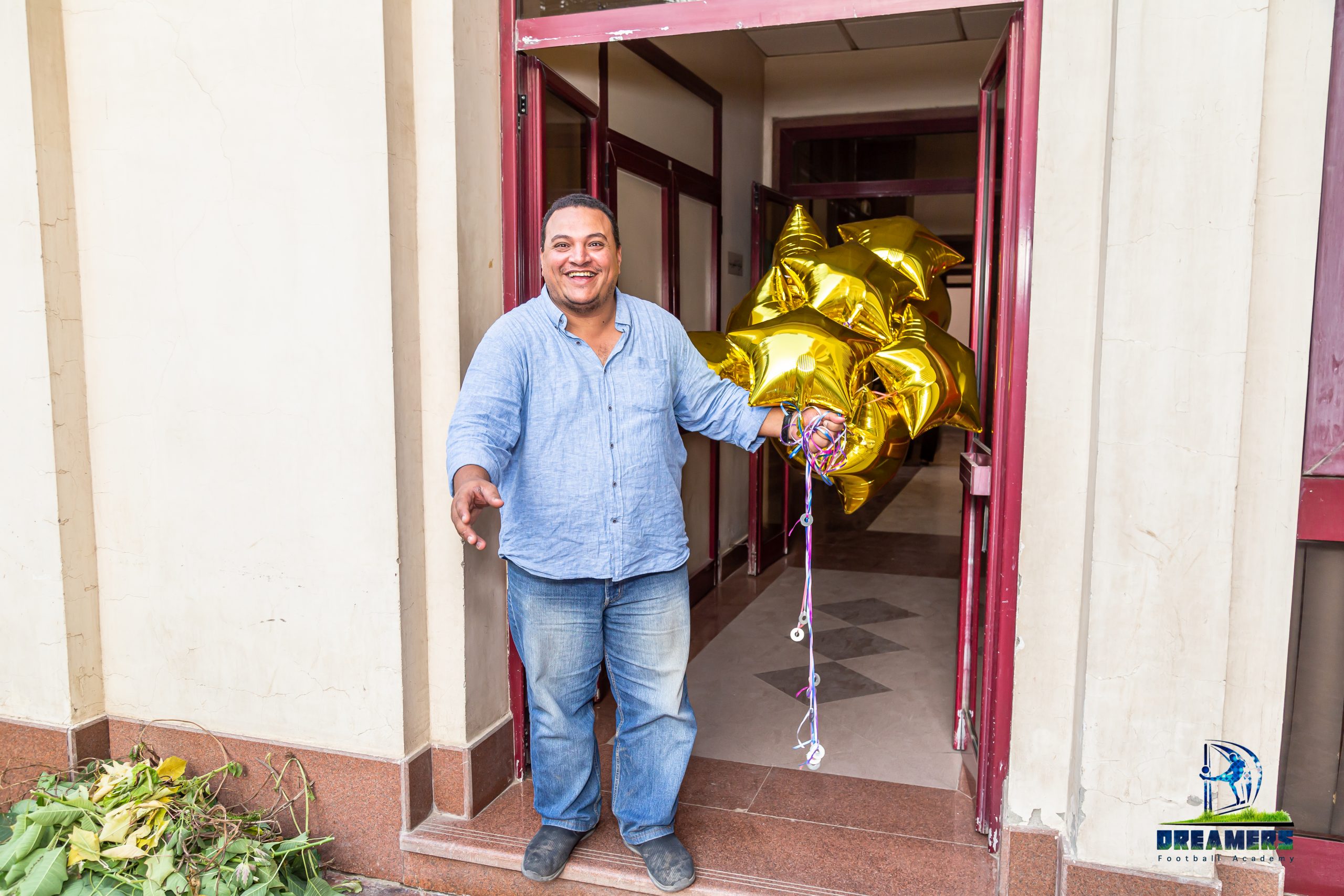 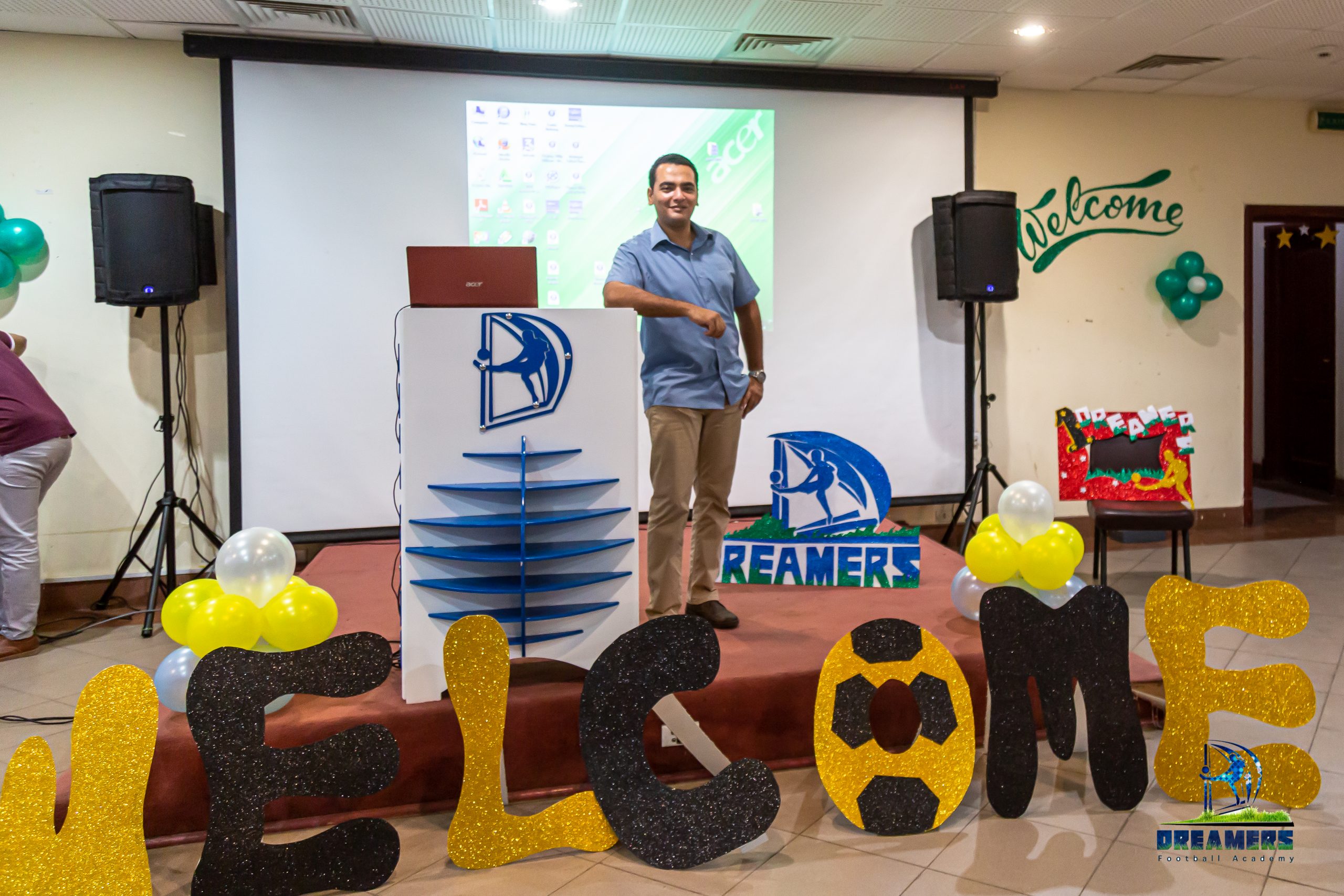 Welcome to the Dreamers family 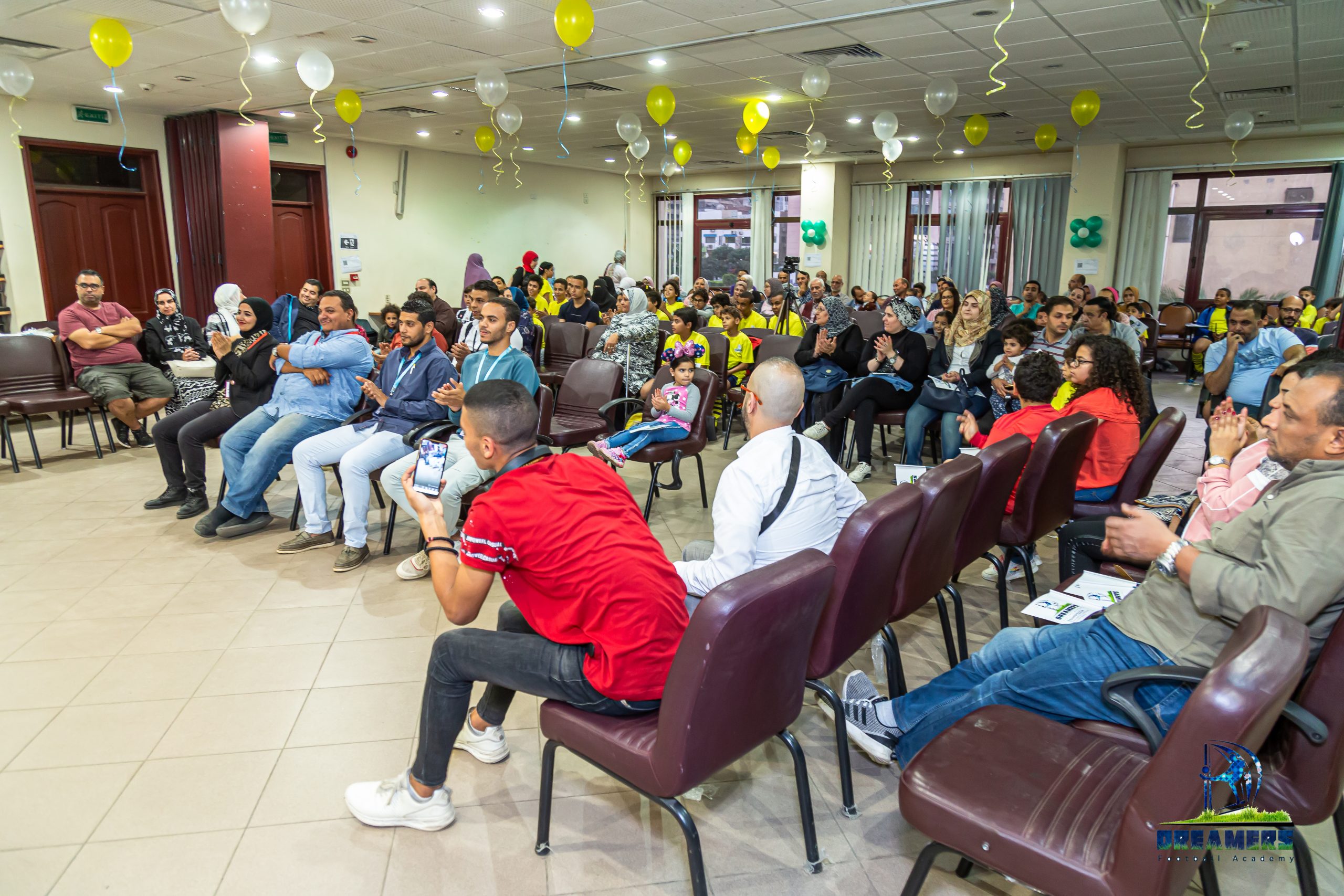 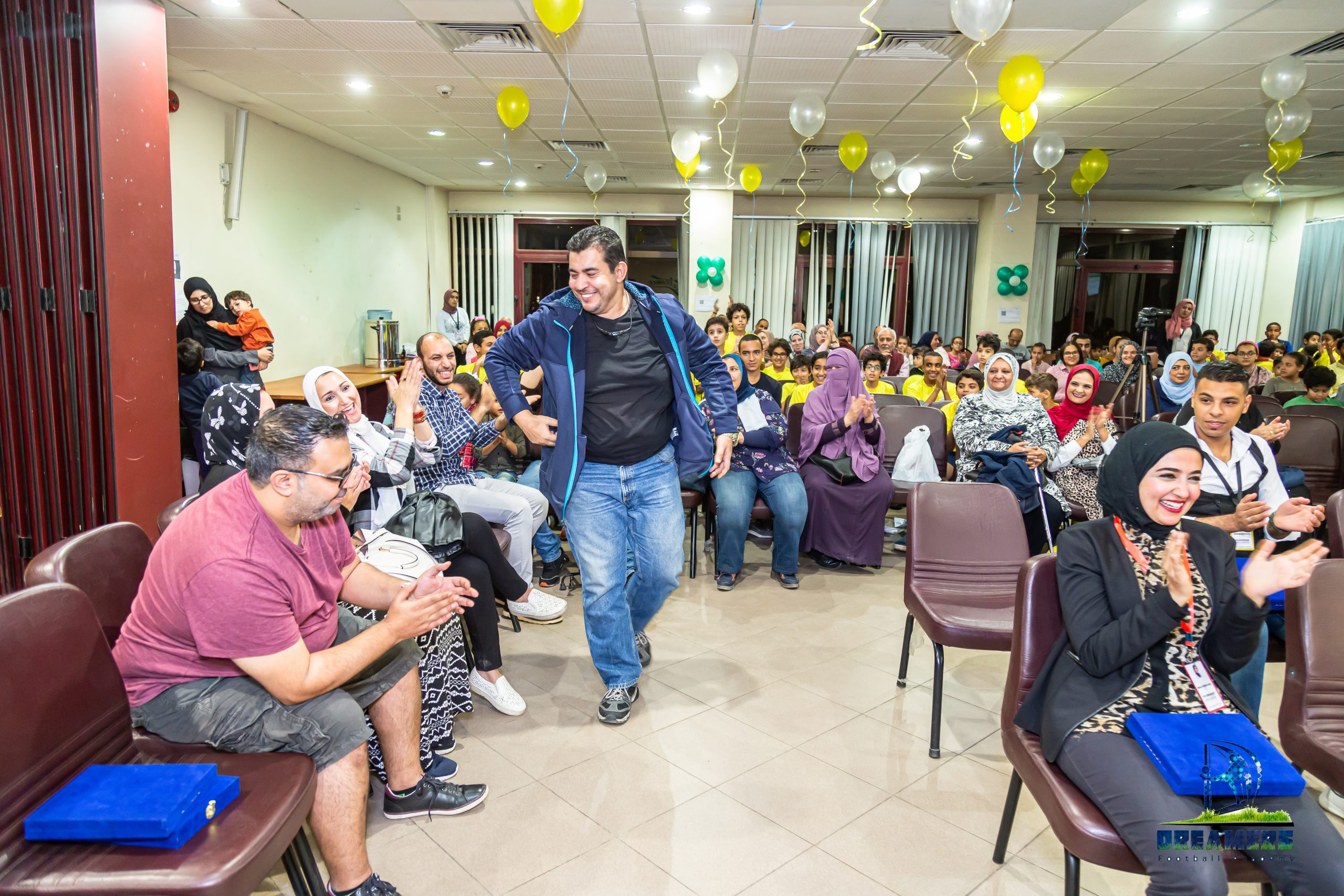 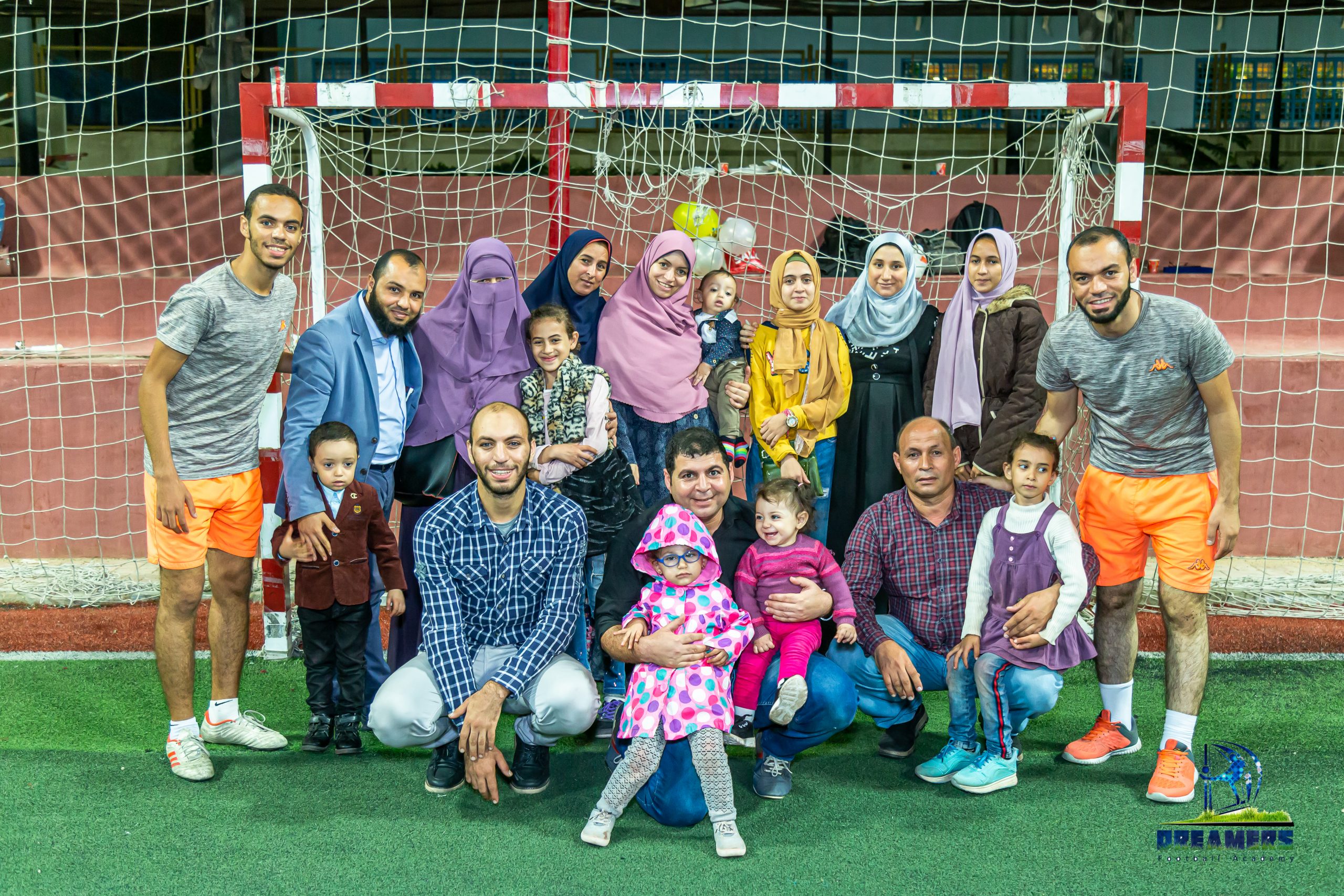 From our family at the Academy 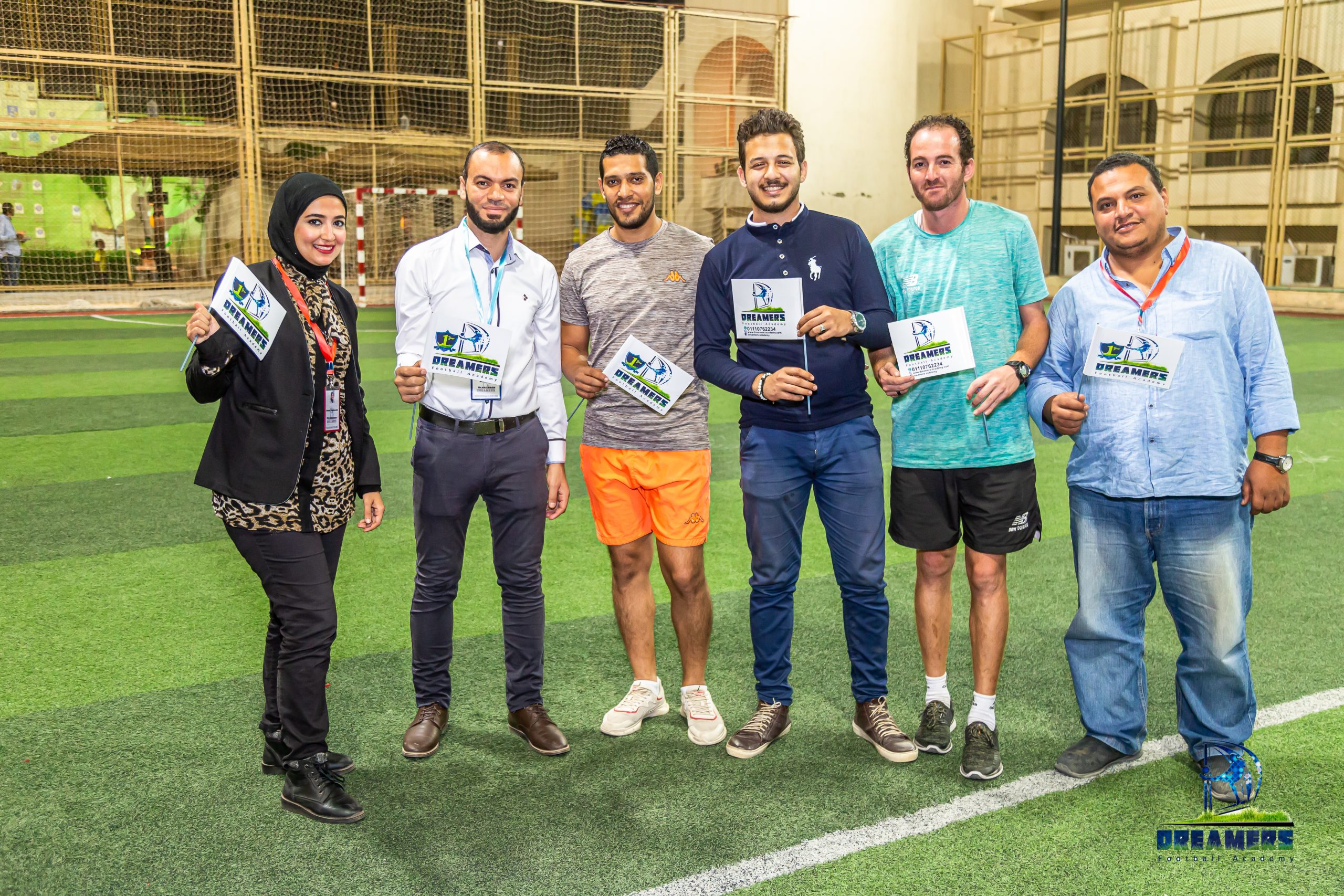 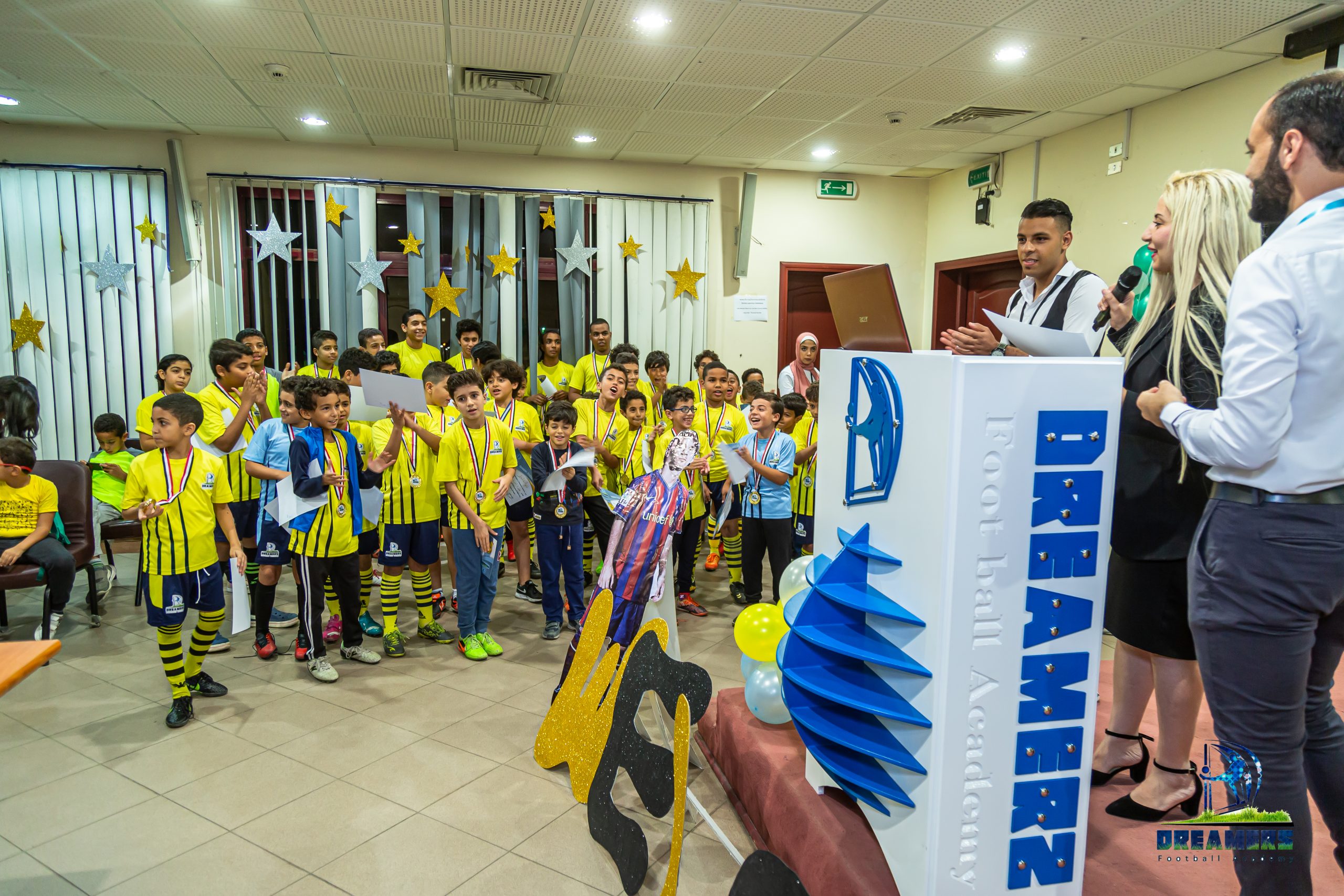